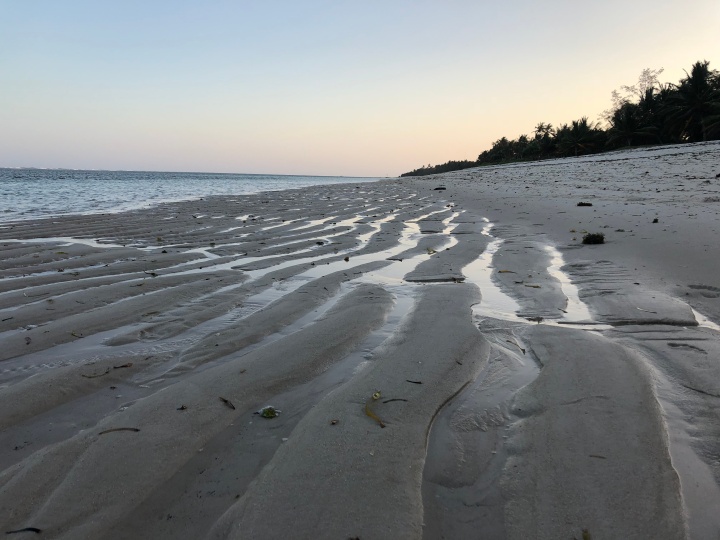 The last leg of the Kenyan tour, from Nairobi to Mombasa, starts in the Central Highlands and ends in a beautiful white-sanded, Indian Ocean beach. So it’s all downhill, just with a couple uphills in between. Like the river that empties into the sea, this course has several bends that caress the African landscape in its path.

The Athi River leaves the congested capital city at 1700 meters of elevation. Factories are on either side of its banks. As it passes the urban complexes, it takes with it the memories of people’s past. The rain that falls on each person’s head falls runs along the ground beneath their feet. The stillness of the Sasama town square in the morning becomes an afternoon fury of every fruit, shoe, clothing item or artwork imaginable.

Markets full of Maasai traders move like the wind; fast paced negotiations of all the goods people desire. At the end of the day, the wind settles down like the people, to rest and begin the process the next day.

This river then rides over waterfalls and swift downhills with screaming exaltment.  Around the next bend, a long meandering and flat plain to gently glide over, with the sound of the wind blowing through the tall grasses. This meandering continues through the Serengeti plain until the river is met by the snowmelt coming from the region’s famous volcano. In the intersection, wildlife of all sorts to thrive from the river’s vitality. 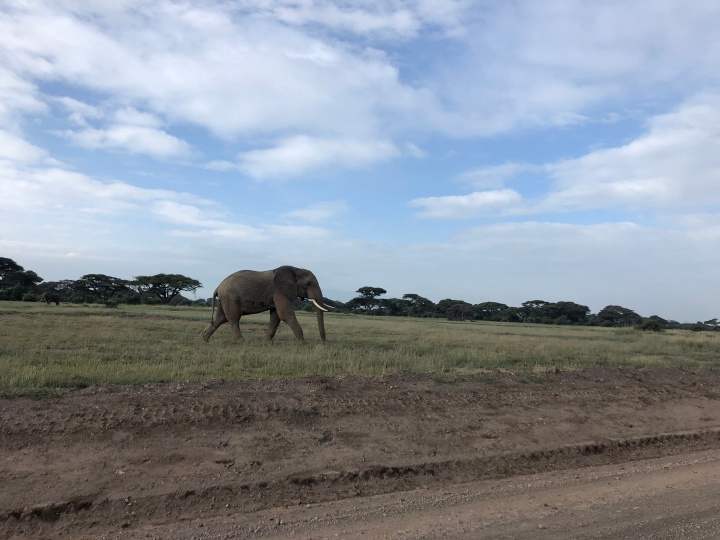 With lakes like Amboseli, herds of elephants migrate together to drink the water and eat the marsh’s luscious grass. In this niche of the African continent, elephants live alongside wildebeest, zebras, giraffes, and hippos that all rely on this snowmelt. The trade winds making the thick cloud layer on Kilamanjaro’s slopes make enough moisture to support all these wonderful creatures. If this volcano never erupted 1 million years ago, the plain would continue on, flat and undisturbed. This special part of the land provides the possibility for the animals that truly bring it to life.

An acacia tree at the base of this mountain has such a majestic view. At sunrise, the silhouette forms an iconic horizon. Eye level to the giraffes, the branches look over the area like safari goers in the park. This narrow little perch upon the tree stands amid the marshland at Kilimanjaro’s base. Lions rest in the shade, cattle egrets fly low amongst the leaves and impalas prance in the bush. Iconic within any definitions of the country, this view portrays the land as well as a Mariam Makeba song or a Hakuna Matata reference. Each acacia tree continues the legacy of the land and provides a space for natural life, springing up from the soil.

This river has flowed to the contours of this land for all of the continent’s history. Now its neighbor is a beautiful road and a railway connecting the capital to the coast. 100 years ago, when its path was constructed, the men encountered the power of nature’s creatures. A lion mauled the railway workers, so the local town was named Simba, the Swahili word for lion. the name remains in memorial of the event and to honor the power of the animal. These creatures roamed the land far before the railway was linked. over the river valleys, the train tracks form bridges, connecting each side of the canyon rather than bending through it like the rivers and the roads. 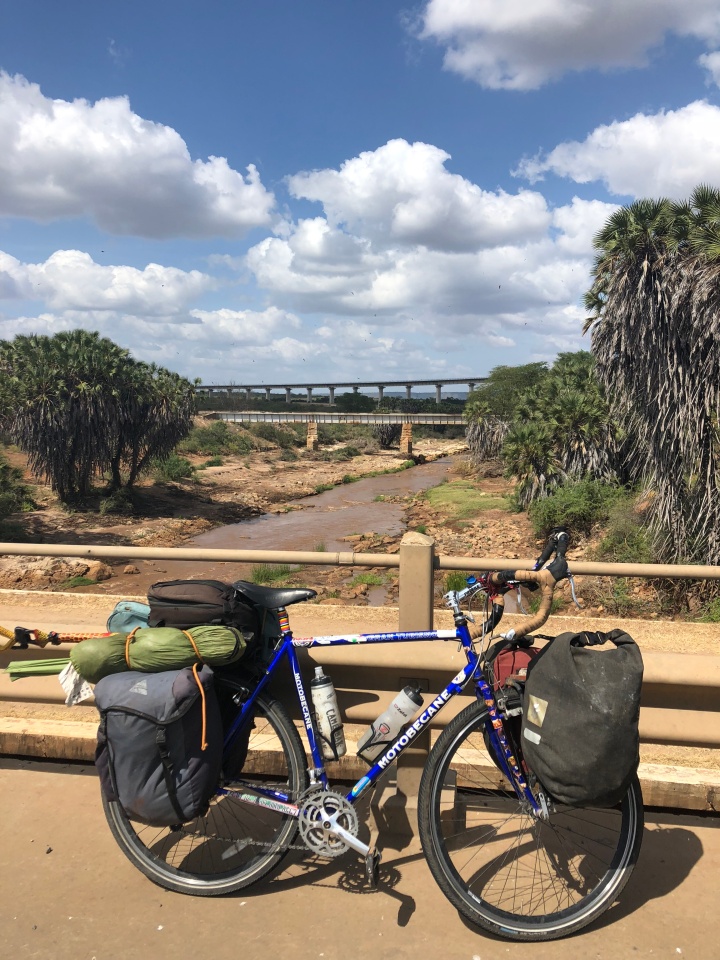 Having admired the Big 5 and all their friends around the lake the water drains out of Amboseli and continues its path to the coast. As it flows, the river contrasts against the red dirt soils of the land. Small watering holes fill rolling hills with marsh and brush, the birds’ favorite places. In flocks of 50 or 300, the tiny wings bounce back and forth in a rhythmic group. Their song and dance becomes the soundtrack to this journey to the coast. A morning symphony with an encore in the evening, the daily music harmonizes with the beats of the river’s flow.

As the river’s rapids echo the wingbeats of the Southern Hemisphere birds, the lower-lying land makes an oasis for large trees like the BAOBAB! These behemoths would stand out in any forest. The semi-truck sized trunk looks as though it was carved by a Roman sculptor. Gray with holes, this base is larger than most bouldering walls; the first branch is usually 5 meters up. It is thrilling to dangle the feet from. Each branch twists and bends in corkscrew and pretzel patterns. Being as wide as most other trees, the branches make a playground for the baboons like Rafiki and the people crazy enough to join them up in the Baobab tree. 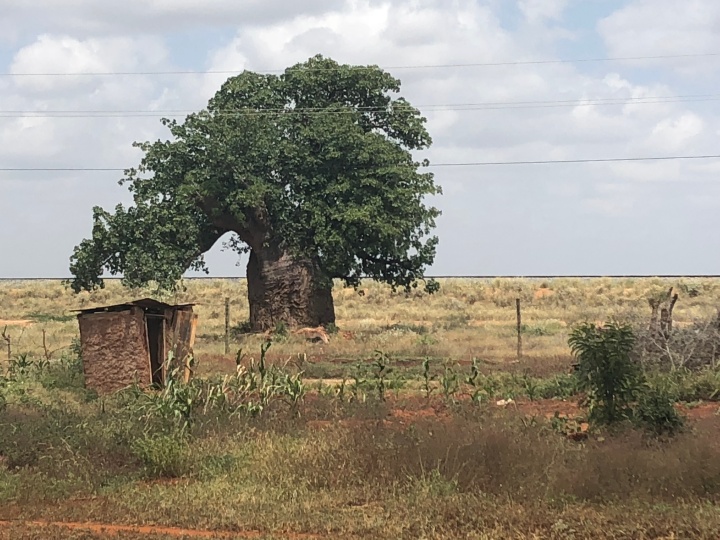 The peace and serenity of the Baobab is complimented by the luxurious taste of voluptuous mangoes. Sometimes the river is eager to flow downstream, rushing over the land. In oasis like this, a wetland with fruit, shade and simplicity, the water would stay forever if it could. The groundwater meanders up the roots of the tree and rests in the silhouette of a Kenyan sunset. The people gather to clean off the trials of the day, enjoy the company of fresh water flowing down the road. 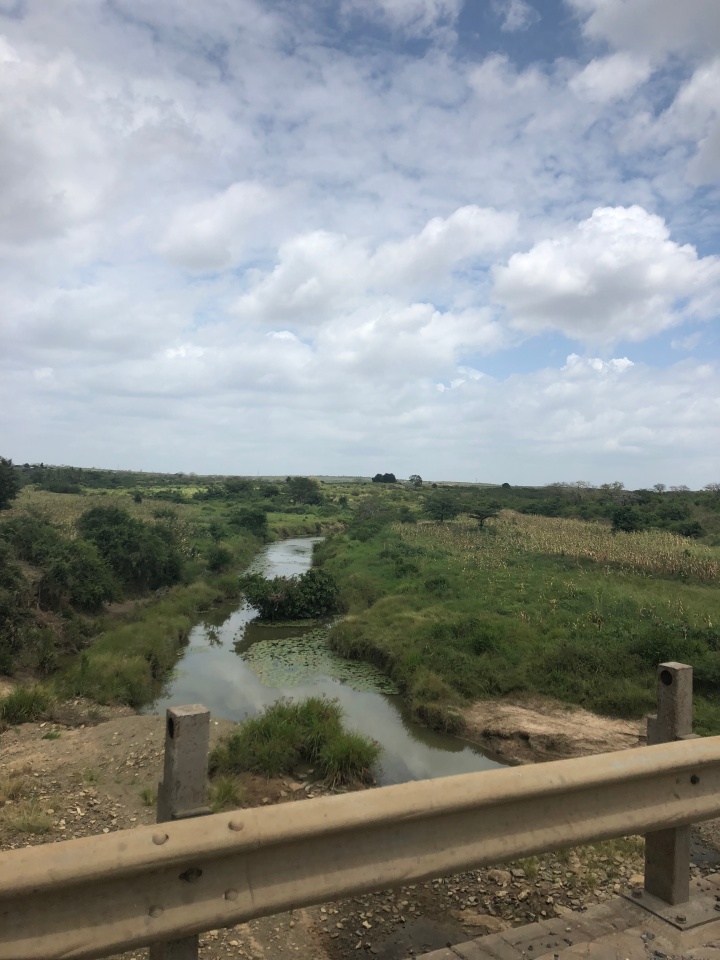 As gravity pulls the water closer to the ocean, the Athi river swooshes through the Tsavo National Park. The acacia forest bloomed green and yellow on either side for dozens of kilometers in either direction. A green-headed, brown bodied bird leaps from the tree, revealing its glimmering turquoise wings, as if the god of the sky took its color and hid it under the feathers of this bird.

Bigger than the semi trucks passing on the road, dozen elephants have lunch near a pond. The impalas graze below them, barely visible above the tall grasses. Seven haribu storks fly down in an organized pattern like paratroopers performing a magic show. A zebra comes down to drink water in the hot afternoon sun and trots off to the other side of the canyon. They all share the same water that sprinkles over the plains, making the ferric soils a thriving ecosystem.

The water then bends over the horizon and down the valley to the lowlands of Tudor estuary. The humid easterly trade winds bring the sea breeze to the fresh water coming from the Western inland. 500 kilometers from its start as rainfall in Nairobi, the fresh water meets the Indian Ocean in a brackish embrace. Every piece of dirt accumulated along the way gets released in the clean sweep of waves washing over the surface.